netflix, disney, Warner and other Hollywood companies have promised to cover travel expenses for their employees wishing to have an abortion.

Following the U.S. Supreme Court’s decision to end Roe v. Wade on June 24, 2022, strong reactions of protest are heard. As a reminder, the Roe v. Wade had been warning of any possibility of criminalizing or restricting access to abortion throughout the United States since 1973. The legalization of this right has now been placed under the independent responsibility of each state, dividing the American country on this crucial issue. In fact, many companies, media and film studios very quickly committed themselves to the right to abortion, announcing that they would provide a financial solution for those concerned.

Netflix has, among other things, offered its employees a reimbursement of up to $10,000 for all travel required for health reasons, including abortion. Warner Bros. Discovery, for its part, has increased its health insurance to cover this same type of travel for its employees. The company’s director of human resources, Adria Alpert Romm, said in a memo that “number one priority [de Warner Bros. Discovery] were the well-being, good health and safety of its employees“.

At Disneya source from variety revealed that as early as Friday the 24th, the company spoke to its employees about the issue. The company reportedly said it “was dedicated to provide affordable, quality care” for them and their family. This therefore concerns abortion and any issue related to family planning, for any Disney employee and this “no matter where they live“. And the company is necessarily concerned since Walt Disney World, one of the largest theme parks of the company is located in Orlando, Florida, where Governor Ron DeSantis has already restricted access to the abortion (even if it has not completely banned it yet).

Other companies like Paramount and Sony spoke out with equal assurances for women’s health and the same type of reimbursement. Some companies have not yet commented on their position on the subject, such as Lionsgate or Amazon. The Sundance festival announced several weeks ago, in anticipation of this situation, that they were increasing their health insurance, with the festival taking place in Utah, one of the states where abortion should be banned by the end of the month of July. 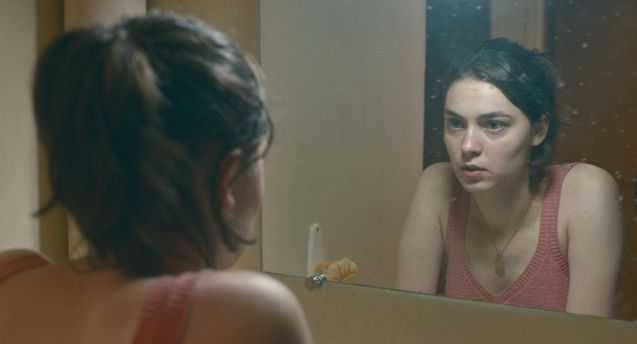 Finally, several companies outside the cinema and entertainment sector have taken similar measures (such as Meta or Google) and are making commitments in favor of the right to abortion. We are, at the time of writing this article, only days away from the Supreme Court’s decision and it is likely that on both sides of the public opinion, important steps will be taken.

This abolition of the right to abortion, almost 50 years after it was recognized at the federal level, will no doubt have large-scale, long-term impact, in particular vis-à-vis the film industry. Moreover, it is difficult not to see Hollywood seize it even more frontally in the years to come, probably through fiction or documentaries in the vein of The Event, 4 months, 3 weeks and 2 days or Juno. One thing is certain, the struggle of a section of the population to regain this right for women has only just begun in the United States.